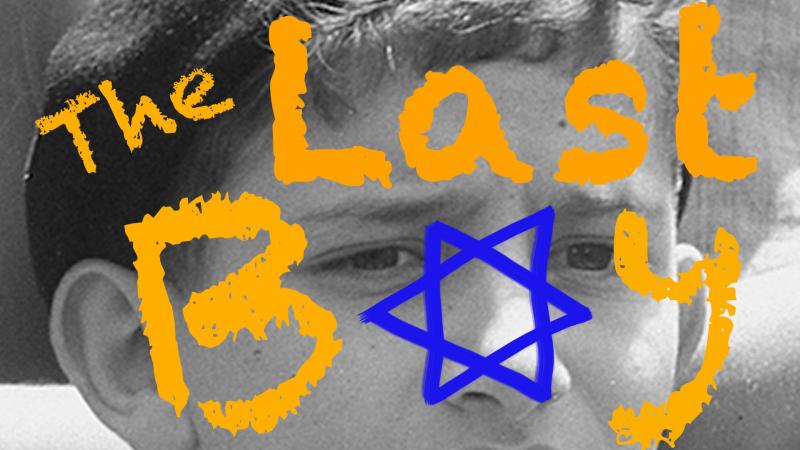 Piece inspired by the beginnings of the history of concentration camps


Steven Fisher is not Jewish. In fact, he grew up in a Catholic family in Delaware County.

But he was inspired to write “The Last Boy,” a play about the Holocaust, anyway.

The playwright described the story of “The Last Boy”, which opened on a two-week off-Broadway tour at the Theater at St. Clement’s in New York City on July 10, under the title “Dead Poets Society Meets Anne Frank”. It is a historical fiction inspired by Terezin, a Nazi concentration camp where a group of young boys created a secret literary society and produced by hand a weekly magazine, Vedem, with poems and prose. Towards the end of WWII, as the Allies advanced and the Nazis began to burn their records, the only remaining member of society left in the camp, Sidney Taussig, buried the Vedem Archives.

Receive the Jewish Exponent newsletter by email and never miss our best stories
We do not share data with third party providers.

Upon liberation, Taussig dug up the archives and took them with him to Prague, ensuring their survival. Most of his friends in society, however, about 85 out of 100, according to Fisher, died in the Holocaust.

Fisher discovered the story in his former life as a Philadelphia-area youth choir director. Every year, he took his Keystone State Boychoir on show tours / educational trips. Several years ago, he decided to take the choir to the Terezin site in the Czech Republic because he feared the historical memory of the Holocaust would be erased, he said. During a pre-trip to the site, which has become a museum, to locate the location,

Fisher bought a book with highlights from these ancient Vedem archives. He took it back to his hotel room, started reading, and did not sleep that night.

Fisher was addicted to the boys’ stories of not having enough food and being excited to be away from their parents and living with other boys their age. He was also amused by their debauchery and their evisceration of their “dorm daddy”.

“They were teenagers,” Fisher said.

After the choir’s trip to Terezin, Fisher learned that Taussig was still alive and living in Florida. He visited the survivor and got a first-hand account of life in the camp. Taussig told his guests that he had heard other boys fall asleep from hunger and that he had seen the Nazis publish regular lists of around 1,000 people who would be “transported east” .

“They didn’t know what was in the East,” Fisher said. “But they knew it wasn’t good.”

Taussig also explained Vedem’s editorial process: the hundred or so boys would submit articles to the editor every week, and three or four would be selected. Then the boys would meet every Friday at sunset – in the attic in winter, outside in summer – to read their poems and stories aloud.

After this visit, Fisher brought Taussig to Philadelphia to be honored by the choir at the National Museum of American Jewish History. For this June 2019 event, Fisher wrote a musical performance on Vedem’s story. But at the end of the performance, he asked Taussig if he could take it a step further: Fisher wrote plays in his spare time, and he still had a childhood dream of making one on Broadway. Now he wanted to write a play inspired by the story of Taussig and Vedem.

Taussig gave his blessing, on one condition.

“I just want to see him on Broadway before the weather does to me what Hitler failed to do,” Taussig told Fisher.

The conductor wrote the piece and in October 2020, after 30 years leading youth choir programs, he retired. Then he decided to raise money and turn the play into an off-Broadway production, hoping it would be ready to debut when the world was ready to reopen after the pandemic subsided.

“The Last Boy” was the first New York premiere since the theater industry closed in March 2020.
Taussig cannot attend this race because he is recovering from a fractured femur, but the plan was never for him to be there: it was for him to be in the audience for the opening of Broadway.

“We’re hoping to move it to Broadway, and we’ll bring it from Florida as the inspiration for the story,” Fisher said.

Tickets for the other shows are available on the event website: thelastboy.info. Suzanne Cohn, Philadelphia resident, Holocaust survivor and friend of Fisher and Rubin, ten percent of proceeds will go to NMAJH in honor of real estate icon Ron Rubin, who was instrumental in the foundation of the museum.