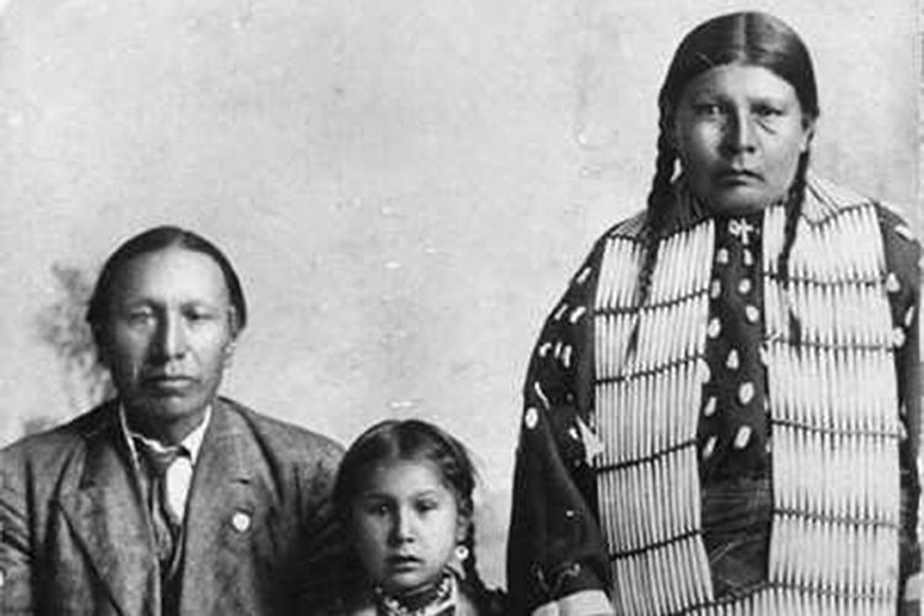 
The historical and contemporary testimony of Amerindian Catholics is the subject of a documentary produced by the Knights of Columbus which will be broadcast in the coming weeks.

“It is impossible to fully understand what it means to be Catholic in North America without a sincere appreciation of Catholic tradition among so many Indigenous tribes,” the Knights of Columbus website said. “Few realize that Indigenous communities across the continent sincerely practiced their faith centuries before the founding of the United States.”

The Catholic Fraternal Organization characterized the documentary as providing “a missing piece to the greatest history of Catholicism in America.” It combines the history of Native American Catholics and their continuing contributions, with commentary from current Native Americans and other Catholic leaders.

Among those speaking in the documentary is Deacon Andrew Orosco, who on his father’s side is a descendant of the San Pasqual Mission Indian Band of the Ipai Clan of Kumeyaay. Their traditional lands are in what is now the San Diego area.

“Christ reveals himself through the beauty of each of our cultures,” said Orosco, Catholic deacon for the Diocese of San Diego. “We are dynamic. We are alive. We are always here. And our voices must be heard.

The documentary, “Enduring Faith: The Story of Native American Catholicism”, will be broadcast on affiliate channels of ABC TV in partnership with the Interfaith Broadcasting Commission. Broadcasts began in select locations on May 16 and will generally air on Sundays.

A trailer and a broadcast schedule are available on the Knights of Columbus website. It airs in Denver on KMGH this Saturday, May 29 at 11 a.m.

Another commentator on the documentary is Father Henry Sands, executive director of the Black and Indian Mission Office. Sands, a priest from the Archdiocese of Detroit, belongs to three tribes: Ojibway, Odawa, and Potawatomi. He is a member of the Little Traverse Bay Band of the Odawa Indians in Michigan. His organization, the Office of Indian Catholic Missions, was founded in 1874 to serve Native American Catholics and to act as their advocate to the federal government.

“We know that there is a lot of negative history in the interaction between indigenous peoples and peoples from Europe,” he said. “At the same time, one of the positive things that has happened is that the gospel has indeed reached the people of the Americas. The gospel of Jesus Christ has flourished among Indigenous peoples since it was first brought here. “

The Knights of Columbus said their goal was for the documentary to “inspire viewers with a deeper appreciation for the spiritual and cultural gifts of Native American Catholics, a greater awareness of the wrongs inflicted upon them by the unjust policies of the British governments and American, and a sense of hope for how Native American Catholics continue to live their faith in a fully inculturated way today. “

The documentary covers history such as the appearance in 1531 of Our Lady of Guadalupe to Saint-Juan Diego, an Aztec. The miraculous Marian image that appeared on her tilma depicts the Virgin Mary as a native woman dressed in a native dress. The appearance and the image led to massive conversions of many Native American communities to Catholic Christianity.

Then there is the story of St. Kateri Tekakwitha, who was born in 1656 in a Mohawk village that was part of the Iroquois Confederacy, the area that is now upstate New York and southern Canada. She converted to Catholicism at age 19 and sought to live a life of holiness and virtue, despite obstacles and opposition within her tribe. She died at the age of 24. She was canonized by Benedict XVI in 2012, the first Native American to be declared a saint.

Nicholas Black Elk, a convert to Catholic Christianity, was born between 1858 and 1866. He was a prominent Lakota healer who was present at the Battle of Little Bighorn in 1876 and injured in the Wounded Knee Massacre. He joined Buffalo Bill’s Wild West Show, which toured Europe, including a performance before Queen Victoria.

He became a catechist in 1907, chosen for his enthusiasm and excellent memory for learning the Scriptures and teaching the Church. His work has brought more than 400 people into the Catholic Church. He was one of the signatories of the cause for the canonization of Saint Kateri Tekakwitha. He died on August 19, 1950 in Pine Ridge, SD

“Our faith runs deep. Our faith has been around for a long time. And this story has to be told, if you want to tell the story of Catholicism in the Americas, ”said Patrick Mason, Supreme Secretary of the Knights of Columbus and member of the Osage Nation. “But more importantly, this faith must be shared, and people must know that we are here, and we are here to share our faith with you.”

Carl Anderson, former Supreme Knight of the Knights of Columbus, discussed the need to learn from Native Americans. He said there is “a need for reconciliation with Native Americans” and that this need is “often hidden from many Americans by the fact that so many Native communities are isolated.”

“We need to know each other better,” he said.

The documentary is part of the Knights of Columbus Indigenous Solidarity Initiative, announced in 2019. The initiative began as a partnership between the Catholic organization, the Diocese of Gallup, and the Gallup-based system South West Indian Foundation to build a shrine at St. Kateri Tekakwitha in the southwestern United States

The Knights of Columbus noted their outreach to Indigenous and Indigenous communities in New Mexico, Arizona, Utah and Hawaii during the coronavirus outbreak. The organization works with the Black and Indian Mission Office and the local association Life is Sacred.

The Knights of Columbus, a fraternal organization of Catholic men, has over 2 million members in more than 16,000 councils around the world.

The triad of radical ideas behind the crusade against racism