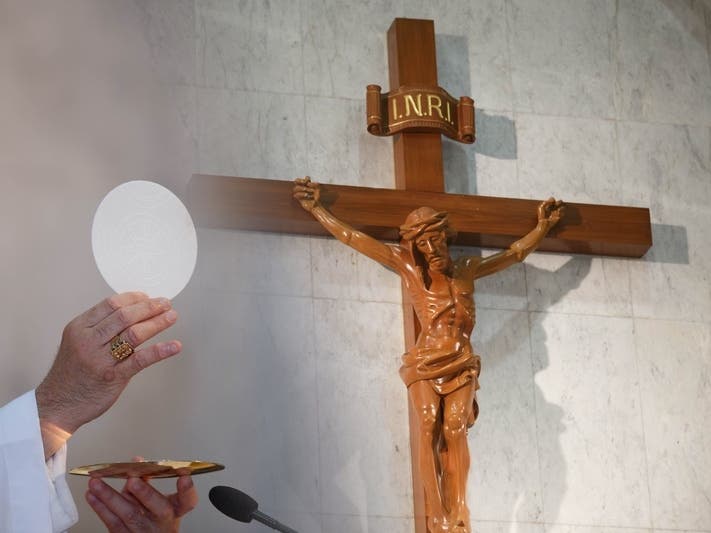 
BOSTON, MA – Catholics in Massachusetts and the United States gathered for an online service Tuesday night to kick off Pride Month by sharing blessings for LGBTQ + people and same-sex couples.

Blessing of Catholic Pride, an event sponsored by inclusive Catholic organization DignityUSA and 19 other activist organizations, including NETWORK Lobby for Catholic Social Justice and the National LGBTQ Task Force, enabled Catholics to denounce the Vatican’s March decree banning same-sex unions with the justification that God “does not and cannot bless sin”.

The decree, which was issued in response to the question of whether same-sex relationships could be blessed by Catholic priests, encountered conflicting opinions, with some Catholics arguing the decision should have been expected and others including de many vocal participants of Catholic Pride Blessing, expressing their disapproval and disappointment.

“We know there are many, many Catholics who love, support and, yes, bless their LGBTQ + family members, friends and neighbors,” said Marianne Duddy-Burke, Executive Director of DignityUSA and member of longtime Dignity Boston. “We wanted to create a way for them to make their love visible.”

Prior to the Catholic Pride Blessing, supporters were asked to sign a blessing statement or submit their own blessings for LGBTQ + people and several prominent Catholics, including Miguel H. Diaz, former U.S. Ambassador to the Holy See, Mary McAleese, former President of Ireland, and Bishop John Stowe of the Catholic Diocese of Lexington, Ky., Submitted video blessings.

“The response has been phenomenal,” said Duddy-Burke. “We have received blessings from parents, siblings and friends of LGBTQ + people, priests and sisters, and people who simply identify as ‘a caring Catholic.’ Many of these people felt discouraged and disappointed with the Vatican statement and appreciated the chance to send a different message. “

Hundreds of attendees, including several members of Dignity Boston, submitted blessings for Tuesday night’s event, offering support to individuals and couples who were denied the blessings they sought from the Catholic Church.

“Happy are you who defy stereotypes and caricatures, you bring light to the world,” said Ruby Almeida in an opening blessing.

The following is a list of several blessings offered by Catholics across the country:

“Thank you very much for being here and thank you for being a blessing to so many people,” said Pett in closing.

Dignity Boston, a local branch of DignityUSA, provides support and services to Catholics and LGBTQ + allies. More information can be found here.

A second rallying cry – By:.

Why are American Catholics obsessed with the politics of communion? (Hint: because…