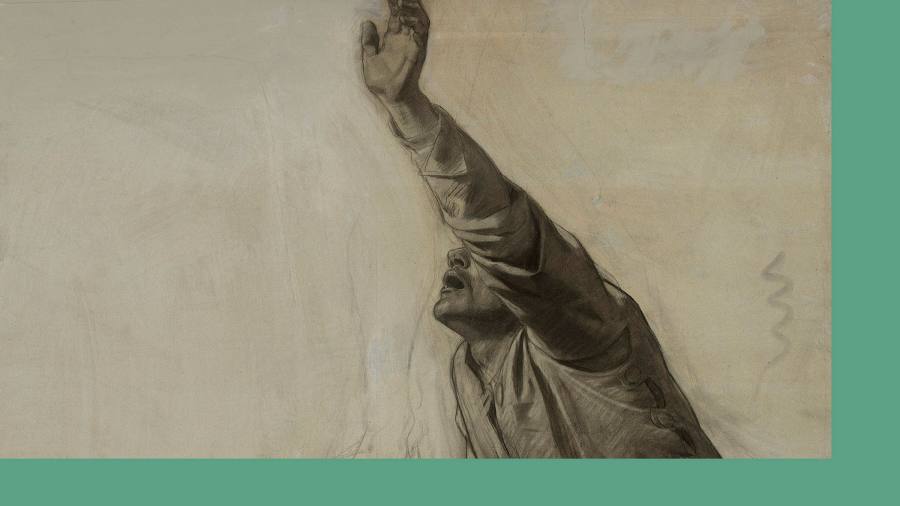 
The organizers of London Art Week (LAW) came up with innovative ideas to keep the event format up to date. For this year’s iteration which runs for a fortnight starting July 2, more than 40 galleries in Mayfair, St James’s and elsewhere in the capital have hosted exhibitions, conferences and special events both digitally and in real life. The aim is to highlight art from Antiquity to the present day, with an emphasis on Renaissance, Baroque, Classical and Modern works.

This year, two new initiatives will strengthen the hybrid platform. Arturo Galansino, General Manager of Palazzo Strozzi in Florence, will organize an online exhibition under the theme “Revolution and Renewal”, presenting a work from each participant. For example, the Johnny van Haeften gallery offered “Noli me tangere” by Jan Brueghel the Younger (late 1630s, priced at £ 175,000).

“This is based entirely on works and objects provided by exhibitors at LAW; the theme is ours but the choice is Arturo’s, ”says participating gallery owner and LAW President Stephen Ongpin. “We wanted a platform linked to the 5,000 years of art history represented by our exhibitors.

The second new venture is a week-long ‘showcase’ exhibit on the right at the Cromwell Place Gallery Center in South Kensington. “Each exhibitor will bring a work that effectively sums up what he does. The idea is to reach out to the people who live in this area, encouraging them to come and see the mothership galleries in Mayfair, ”adds Ongpin. The new satellite show could also “attract a different and younger audience”.

Ongpin was so fascinated by Cromwell Place that he plans to open his own exhibition there at the same time, featuring 19th and 20th century landscape drawings and watercolors by artists such as Paul Cézanne and Lucian Freud. This will coincide with his regular exhibition at London Art Week in his St James Gallery (Stephen Ongpin Fine Art), which focused on drawings dating from around 1520 to 1988 with artists such as John Robert Cozens and Frank Auerbach.

This year is obviously different in the wake of the pandemic, says Ongpin. During a normal London summer, many American collectors and curators made the pilgrimage. “We will probably have fewer visitors from the United States. What we can do is continue to show the art market in London in its best light, ”says Ongpin.

The British art market is clearly going through a difficult period in the wake of Brexit and Covid-19. “I don’t think we’ll know how Brexit really affected the London art market for another two or three years because the pandemic is distorting everything. I am optimistic, however. There is this underlying feeling among collectors, dealers and museum curators that they are all passionately invested in the markets our exhibitors represent, such as my field of design. Events like London Art Week can certainly help eliminate that itch, ”he adds.

The collective aspect is a boon as dealers try to negotiate the “new normal”. “It’s part of the roadmap to normality, our spaces are not just commercial, students and collectors visit us to learn more about the pieces, often to see works at the museum level, and to talk to us. of their passions, “says Sladmore Gallery’s Flo Horswell, which features sculptural works of animals dating back three centuries by artists such as Rembrandt Bugatti and Sophie Dickens in an exhibition titled In summer – Country life ~ Wildlife ~ Sports life.

There are other collegiate gallery events centered around London’s premier traditional art district. How is London Art Week different? “It has never been a marketing exercise; this is a unique collaboration between some of the best art galleries in the world from Antiquity to the 20th century that presents, free of charge, symposia, vernissages, lectures and the opportunity to speak to some of the best dealers and experts of the world ”says Andreas Pampoulides, co-founder of the Lullo Pampoulides gallery.

Access to such specialists is a huge draw. “London Art Week is the perfect platform because we can discuss works of art with curators, collectors and other gallery enthusiasts,” says Rachel Elwes of Ben Elwes Fine Art (the gallery does not participate in any art fairs. art).

The week also aims to highlight important new discoveries in art history through academic research. Ben Elwes Fine Art built his special LAW exhibition Literary women: writers and revolutionaries around a Carrera marble bust depicting the Victorian writer and nurse Jessie White Mario (1832-1906), who was instrumental in the unification of Italy in 1871; the bust is attributed to the American sculptor Margaret Foley (1827-1877). The gallery will also feature a recently discovered 1965 self-portrait of the late novelist Beryl Bainbridge with her children.

The Lullo Pampoulides gallery presents a self-portrait of a French painter named Ernestine Darbour, painted in 1894 (“Self-portrait, 22 years old, holding a palette and a lily”, £ 38,000). “Part of our gallery’s philosophy is to show great art, even if it’s done by relatively unknown artists. Darbour was not prolific or, being a female artist, was not as well documented or collected as her male counterparts, ”says Andreas Pampoulides.

Other topics of discussion include a “lost portrait” by 16th-century Venetian artist Tintoretto, available from the Benappi Fine Art Gallery. “Portrait of a young man” is characteristic of Tintoretto’s work in the 1560s, combining intensity of expression and compositional balance, writes Italian scholar Vittoria Romani. The work is available for a “six-figure sum”, specifies the gallery.

LAW has always been a magnet for museum curators, fostering important collaborations in the art world. “Many are unaware of the very positive relationships that curators and merchants have shared through events like these,” says Elwes. The National Gallery in London and the Amon Carter Museum of American Art in Fort Worth, Texas, are among the institutions that have acquired works from the gallery.

The Tomasso gallery will present Baroque: from ancient to early modernity in collaboration with the Galerie Chenel in Paris, reflecting the international scope of LAW. Among the fascinating items on offer is a 17th-century French bronze depicting the infant Hercules battling a serpent, a piece that once belonged to a Russian family of Imperial diplomats (Tomasso).

“We want to focus on the Baroque as an artistic vocabulary, and not as a period, which opens up the possibility of a dialogue between ancient art and the beginning of modern art”, explains Emanuela Tarizzo, director of the Tomasso gallery. The event could even tempt a new generation of connoisseurs. “We try to encourage collectors who traditionally are not interested in pre-contemporary art; London Art Week provides a great initial portal, ”adds Tarizzo.

Florrie Evans, director of the Fine Art Society and newcomer to LAW, echoes that sentiment. “We hope London Art Week provides some cross-pollination with collectors who may have a fundamental interest in Old Masters, but who might be curious to dip their toes into our particular aesthetic,” she says.

At its new base on Carnaby Street, the gallery will display a selection of ceramics by South African potter Hylton Nel alongside a group of paintings by British surrealist John Armstrong (1893-1973), from a single-owner collection. “We will also be presenting a significant late-period still life by the great Jewish artist Mark Gertler (1891-1939),” Evans said.

“London Art Week gives us the opportunity to work in collaboration with our colleagues in the profession, to be part of an artistic tidal wave, ready to wow collectors and enthusiasts with the joy of a true art festival. art, ”she concludes.