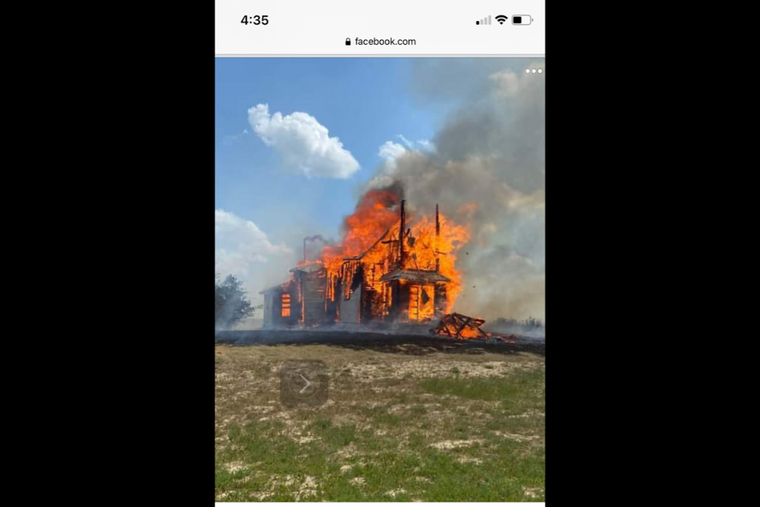 
The recent discoveries of anonymous graves located next to government-owned residential schools for Indigenous children that once operated in Canada have sparked an international controversy, unfairly centered on the involvement of the Catholic Church in these schools.

Canadian Prime Minister Justin Trudeau quickly joined with Indigenous leaders in demanding that Pope Francis apologize for the role of the Church in the operation of the majority of these residential schools in the 19th and 20th centuries.

This flawed rhetoric of blame has now degenerated into fire and vandalism of a number of Catholic churches in Canada.

In the face of these deplorable attacks against Catholic churches (and, to a lesser extent, against churches belonging to other Christian denominations), it is urgent to communicate a central pair of truths.

First, the creation of Canada’s residential school system was a historic injustice, based on prevailing assumptions about Indigenous peoples who tragically failed to recognize their personal and collective dignity and respect their existing cultural practices.

And second, the primary responsibility of this assimilationist school system rests heavily with the Canadian government, not with the Catholic Church or other Christian denominations that have been hired by the government to run individual schools.

The government put the system in place, funded the schools (or, more specifically, underfunded them) and demanded that Indigenous students attend them. As a result of this political initiative, indigenous children were uprooted from their families and communities in order to be educated by the dominant Eurocentric culture. They were housed in substandard facilities which were breeding grounds for infectious diseases that caused the deaths of the vast majority of former students whose bodies now lie in nearby graves.

Certainly, there is ample blame to be attributed to all parties who participated in the schools. At the time of their creation, Canada’s dominant European culture assumed that indigenous peoples were backward and needed to be assimilated in order to share the material benefits of the rapidly industrializing young nation.

Today, this colonialist assumption is viewed as deeply flawed and often deeply racist. Unfortunately, this was an almost universal sentiment among Canadian political leaders of the time.

Although some Canadian Catholic leaders have subscribed to this political point to varying degrees, it has never been the position of the Church that assimilationist policies must be imposed. And Canadian religious denominations were recruited by the government to run residential schools, often because they cared more about the well-being of Indigenous communities than the general population – not less. It was this Christian concern that drove them to want to run schools despite inadequate funding, poor facilities, and the hardships school staff often faced, including sharing the threat of illness and death resulting from unsanitary conditions prevailing.

In addition, the current government of Canada bears a special responsibility for stoking the flames of controversy at this time, by falsely suggesting that Church officials were responsible for funeral practices in schools, even though these practices were largely dictated. by government policies.

In fact, the existence of the abandoned graves was not even a secret, although it was not widely disseminated. According to research conducted several years ago by an anthropologist responsible for investigating the issue of burial, of the 150,000 students who attended schools in the 140 years of their operation, about 4,000 have died, mainly due to infectious diseases such as tuberculosis which were often prevalent in schools. The number of deaths declined dramatically after 1950, however, due to the development of effective modern treatments for these diseases.

And it’s not just students who died in schools.

For example, during the global Spanish influenza pandemic of 1918-20, all staff and every student except two contracted the deadly virus at a Church-run school in northern British Columbia. . Seventy-eight of the students and staff died, and while the local Catholic pastor initially tried to arrange individual funeral services, the flood of the dead forced many of the victims to be buried in a mass grave.

Such nuances have been completely lost in the current fury. Also overlooked was the critical detail that until last month the Trudeau government ignored the specific 2015 recommendation of Canada’s residential school investigative arm, the Truth and Reconciliation Commission, to facilitate proper accounting of bodies buried in unmaintained and sometimes forgotten cemeteries. This failure directly contributed to the nationwide outpouring of misguided venom that is now heading to places of worship involved in the operation of schools.

It is a dodging of responsibility that Trudeau does not want to discuss, preferring pointing fingers of blame “as a Catholic” on Pope Francis for refusing to apologize personally – even though the Holy Father, unlike Trudeau, takes no personal responsibility for the actions that fueled the destructive anger that shakes now Canada.

For his part, the Holy Father, during his Angelus on June 6, expressed his closeness to the Canadian people “who were traumatized by this shocking news”. He also asked those gathered in St. Peter’s Square to join in a silent prayer “for the souls of all the children who died in residential schools across Canada; and pray for the aboriginal families and communities of Canada shattered by pain.

François also agreed to meet with First Nations, Métis and Inuit groups on December 20 during a visit by members of the Canadian Conference of Catholic Bishops.

In retrospect, religious engagement with the Canadian government’s residential school system can be seen as a serious error in judgment – and the Canadian Catholic dioceses and religious orders that have been directly involved in the operation of the schools. continue to apologize for the damage caused by their engagement.

However, it is simply not true that Catholics and other Christians in Canada have fallen behind the country’s political leadership in terms of renouncing assimilationist policies.

As recently as 1969, the Canadian government officially advocated a new policy abolish the separate status of its Aboriginal residents for the express purpose of integrating them more fully into Canadian society. This proposal was not abandoned until after fierce resistance from the indigenous peoples themselves. The Canadian Prime Minister who put forward this proposed new policy was in fact Justin Trudeau’s father, Pierre Trudeau, a man still widely regarded in Canada for his enlightened and progressive thinking.

So if Justin Trudeau truly believes in the concept of ‘inherited’ institutional guilt, as he seems to do with Pope Francis, in fairness it should be noted that his own legacy is much more tangible than that of the Holy Dad.

The current Canadian government’s attempt to put blame on the Catholic Church completely contradicts its own stated purpose of seeking truth and reconciliation in this situation. This has served to distort the Church as the main villain, while the main responsibility lies with political leaders. And how can anyone claim that reconciliation is being encouraged when Catholic churches are set on fire across Canada in part because of the inflammatory rhetoric of Justin Trudeau and other members of his government?

While Prime Minister Trudeau has now condemned the burning of churches, he has also declared that such actions are “understandable”. He has to take a lot more responsibility to stem the attacks.

In addition to highlighting the primary role the government played in the formation and operation of these residential schools, the Canadian Prime Minister should apologize for the way his posture has literally fanned the flames of anti-religious bigotry in the wake of the recent revelations at burial sites. To do so would demonstrate a long overdue commitment to genuine reconciliation.

UTSA program is building a new future for San Antonio